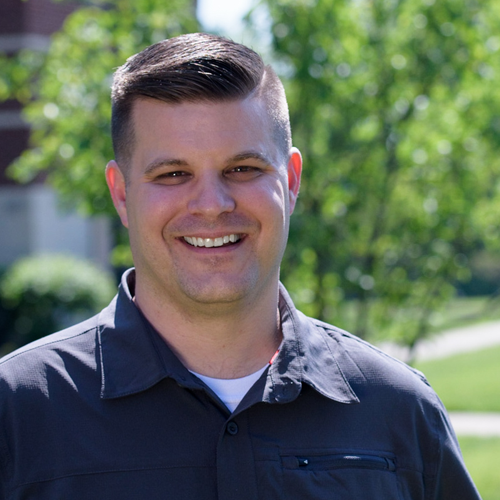 I grew up in St. Louis, MO, and yes, I am an avid Cardinal’s fan. I attended Texas A&M University and earned a B.A. in Speech Communications. At A&M, I met and married my wife, Kristell. After graduation, we moved to Fort Worth, TX, where I earned a Masters in Divinity degree at Southwestern Seminary. While in seminary, my oldest son, Christian, was diagnosed with a rare form of leukemia. God healed him through a stem cell transplant, which he received from his perfectly matched little brother, Noah. God taught me that He is still in control of all things and still in the business of working miracles through our cancer journey! My family and I moved to Ohio and joined the Far Hills team in 2015. We enjoy watching Fightin’ Texas Aggie football, going to the movies, and embarking on any crazy adventure together.

I grew up in central Wisconsin. My family was not particularly religious and didn’t regularly attend church when I was young. At that age, I was more focused on sports and had no interest in God.  When I was in high school, I attended a sports camp sponsored by Fellowship of Christian Athletes.  It was there that I was introduced to the Gospel, and I knew I wanted to follow Jesus.  After I graduated, I attended the University of Minnesota, where I earned a B.S. in Business and went on to receive a Master’s Degree in Theology at Bethel Seminary. I met my wife, Heidi, while I was a guest speaker at her church.  It was my very first sermon, and I was smitten with the girl in the audience.  Talk about nerves!  I joined the Far Hills team in 2013. My wife and I, along with our two kids, Julia and Mathias, enjoy eating out, watching movies, traveling, and playing with our black lab (Gemma). 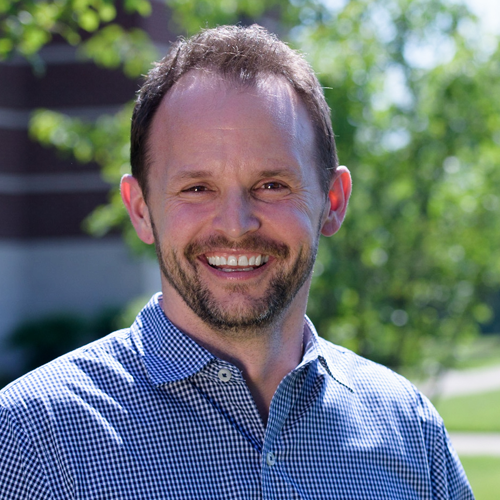 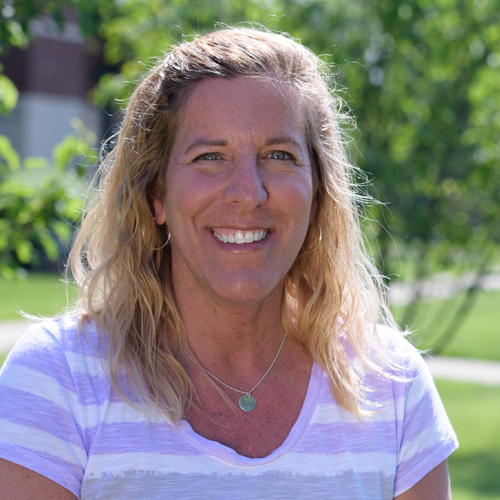 I was born and raised on a dairy farm in western New York and spent the majority of my adult life in Florida. Go Gators! I attended the University of Central Florida where I studied elementary education and received my Master’s Degree in Christian Education at New Orleans Seminary. I first realized that God was real when I was very young. I would watch the moon shine on the snowy cornfields outside my bedroom window and marvel at such a beautiful creation. When I was older, I traveled to Honduras on a mission trip and I knew I wanted to serve God by serving people. I met my husband, Chuck, while in college. We took a computer class together and became study partners. The rest, as they say, is history! God performed a miracle in our lives by allowing us to adopt our son, Caleb, in 2002. My family and I love spending time together traveling, going to movies, and playing any kind of sports.

I was born and bred in the Texas Panhandle, but have called Granbury, Texas home for the past 21 years. I received my BS from Texas Tech University and in 2018 an MBA from Angelo State University. I met my future bride, Laura, on a double date at our Senior Prom (she did not come with me). We started dating in college and married in 1990. We have 2 sons, Hayden & Mason. Mason married his college sweetheart, Sydney, and they gave us our first granddaughter, Dolly Jean, in 2019. As a young child I accepted Christ but did not truly know Him as Lord and Savior until my Junior year of High School after I had lost a very close friend in a car accident. Laura, an Assistant Principal, and I joined Far Hills in July of 2019, and I serve as the Family Pastor. Our family has many different hobbies, but we seem to gravitate to anything involving FOOD and games! Laura and I have served in a parenting ministry for the past 19 years and are passionate about discipling parents to be the primary spiritual influence of their children and raise them to become followers of Christ as well as responsible, productive members of society. 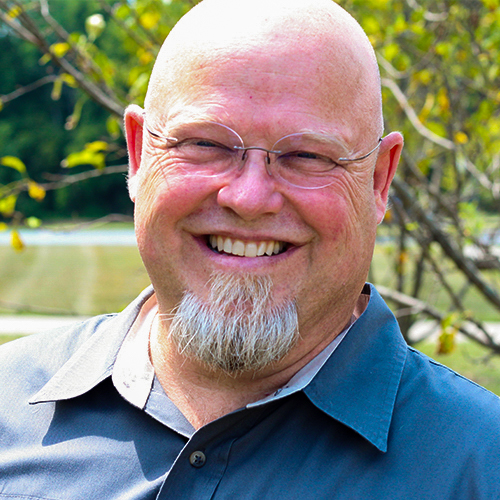 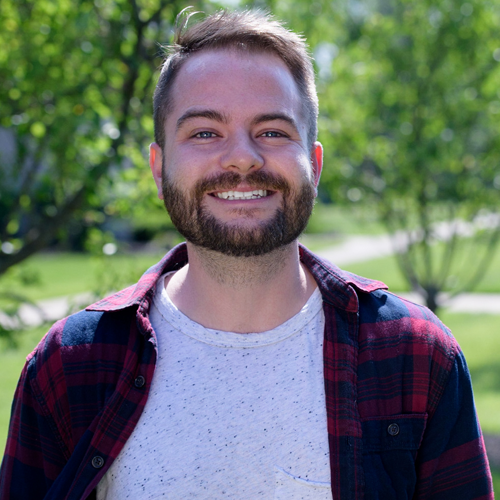 I grew up getting bounced around – state to state, parent to parent. We didn’t attend church, but there was something inside me pushing me to pursue God. When I was seventeen I checked out a local church. I fell in love with the people immediately but I was just starting to know and love Jesus. I went to Bluffton University, where I met my wife Jenna, graduated with a degree in education, and was so impacted by Jesus followers on campus that I decided there was no other way than to go “all in” myself and serve God with my whole life. I felt called to go into ministry and have served now for over 10 years, completing a Masters degree in Christian Ministry in 2013. I joined the Far Hills team in 2016 as the Creative Arts Pastor. Jenna and I have two children, Eli and Asher.

My journey on earth began in Dublin, TX (where Dr. Pepper is made with real imperial sugar). My family went to church whenever the doors were open. I became a follower of Christ at a young age but understood the meaning of being a follower in High School and College. I graduated from East Texas Baptist University (ETBU) with a degree in Religion and Speech Communications. I also met my wife, Amy at ETBU. I have served in many different ministry roles: student ministry, apartment ministry, home groups ministry, and campus pastor. All have one thing in common: community. Community has shaped my life. Amy and I have six kids: Ethan, Kiera, Levi, Brianna, Michelle, and Dakota. We bring our own community with us. God blessed us with three biological children and three adopted children. Different backgrounds, different personalities, different view points….community. We enjoy going to state parks, watching movies, sitting around camp fires and swimming in pools. 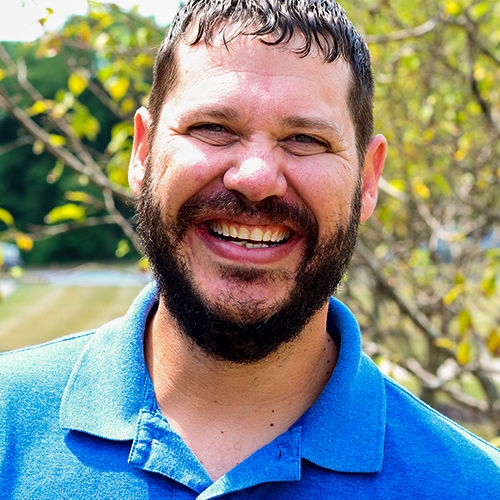 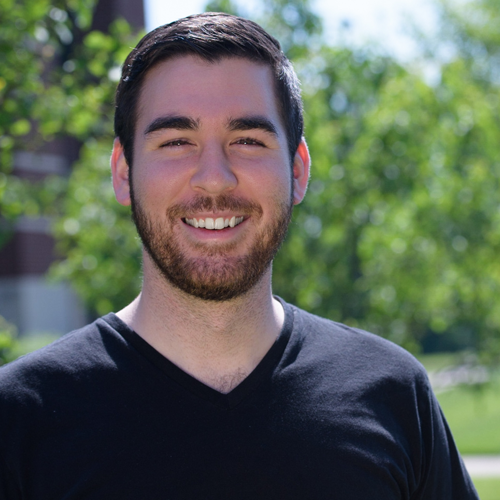 I grew up going to church from a very early age in the suburbs of Indianapolis, IN.  Even though I accepted Jesus when I was 7, I don’t think I truly understood what it meant to follow Jesus until I was older. I attended Cedarville University, and there God began to teach me that being a believer is more than just being obedient, but also embodying the love of Christ.  I met my wife, Grace, while on a Gospel choir mission trip my freshman year. I officially joined the Far Hills team in 2012 and completed my Masters Degree in Christian Ministry at Southern Seminary.  Grace and I enjoy spending time together doing just about anything as long as we are out of the house! We, along with our son, Eli, love going to museums, parks, visiting off-the-wall restaurants, and taking walks.